So You Think You're A Poet (Marcus Bales) 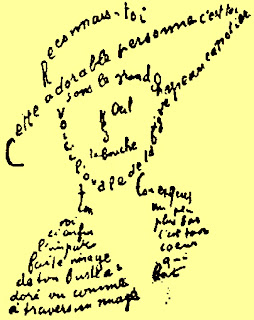 So you think you’re a poet: you’re handsome enough
that your photograph gives you that look;
some publisher prints your unedited stuff
and calls it a postmodern book.

You dress for success in new prosperous clothes
and you flirt with the straights and the gays;
you read out your craftless expressions of prose
for the meager amount that it pays.

But free verse is not about poems at all –
it’s fronts, masquerades, and facades:
they print up whatever you happen to scrawl,
and the audience always applauds.

The audience always applauds, but those claps
aren’t judging poetic details;
performance is different from writing -- perhaps
you’re not good at poems, but sales.

It turns out the living’s in getting a job
to lecture kids younger than you:
to teach them to join in the free versing mob
then lecture yet younger kids, too.

You blurb and you lobby to win one good prize
so your books won’t remain on the shelf
while caressing your pupils with only your eyes --
and keep your old hands to yourself.

The prizes are out there, so don’t relax yet
lobby and blurb for that call --
keep prosing and posing, and never forget
the poems don’t matter at all.

So you think you’re a poet, still handsome enough
that your photograph still has a look;
and publishers still print unedited stuff,
but now the prize makes it a book.

Not much is known about Marcus Bales, except he lives and works in Cleveland, Ohio, and his poems have not been published in The New Yorker or The Atlantic.

Poem is copyright and all rights reserved by Marcus Bales and has been published with permission.
Posted by j at 5:32 PM