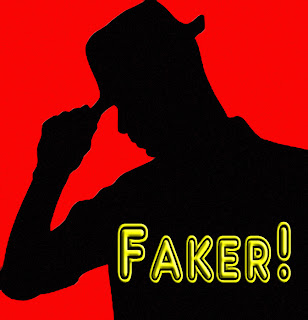 I'm all for Indie books, but, the thing is, it is true that such books are not vetted for content.

So one can expect uneven quality. I can accept that; it's fairly easy to wade through Amazon's "Look Inside" feature and book reviews; most of the the time, I am not disappointed by what I select for my reading pleasure.

In fact, I have discovered some gems, wonderful books that make me wonder where the New York agents, editors, and publishers are hiding.

And one of my worst reads was a traditional publication that had been praised by Time Magazine; it was awful, poorly written and edited, disorganized, and egocentric (the writer was supposed to be telling someone else's story but kept inserting herself in the narrative), but that's another issue...

Still, for the most part, traditional publishers vet their books and weed out the truly awful. Most of them would not want to be associated with books depicting graphic details of sexual assaults against children when such gritty details are the main focus of the memoir.

Traditional editors seem to ask their memoirists to walk a fine line between detailed descriptions and moderation. Also, bonafide memoirs about childhood sexual abuse also offer some insight into how the abuse has impacted the adult writer's life. While some descriptions may be graphic, the memoir as a whole is not.

Moreover, it's the psychological and physical impact of the sexual abuse that's important--detailed descriptions in a memoir are less so.

But there are some evil (at worst) and misguided (at best) opportunists out there who are writing "Fake Sexual Abuse Memoirs," filled with ugly details and few or no insights.

I got snookered by one of these rotten books.

Believing it was a real memoir, I downloaded it and read it, hoping that the author would eventually offer some insights, but that never happened. It offered page after page of "events" but no real understanding of them.

I was going to post my Amazon review of the specific book here, but I have no wish to give this asshat any more publicity. Still, I would like to offer some tips for avoiding and dealing with such books:


1. The author adds a "warning," such as: "Adult language and graphic content. Not suitable for children." Not all books with this kind of label are fake memoirs, but it could be a sign that you might be downloading one of these graphic books. I suspect that such warnings could be a "code" by and for pedophiles.

2. Don't be fooled by stellar reviews; these books often have 4 and 5 star ratings. I suspect that some of these may have been posted by child predators, others by clueless and/or immature readers. You would do well to read the 1-3 star reviews as well and really consider what they are saying. In fact, you should do this for any book you are considering purchasing.

3. Read ALL of the "Inside the Book" feature before buying and downloading. If the sample doesn't offer some insights and/or ring true, then it's unlikely the rest of the book will.

4. Read the book description. However, in my case, that would not have helped because the description itself was deceptive, promising some insights into the signs of child sexual abuse, when, in fact, it did not.

5. If you have snagged one of these dogs, don't be afraid to write a negative review for it.

6. Don't be afraid to return such books to Amazon, even if you have finished the book. I usually don't return books that I have read to the end, but this should be an exception, so back it went. From my drop-down menu, I gave my reason: "offensive content." As readers, we don't have to support these types of writers.

7. ADDED (17 April 2013): These fake memoir writers tend to write under fake names and take special care to cover their tracks. An alias in of itself is not necessarily a definitive sign of a fake memoir--there are many valid reasons to write a memoir under another name--but when added to other hinky details (numbers 1-4), it's a red flag.

I'm not sure what Amazon can do about such books; they seem to be hiding in plain sight, disguised as memoirs about childhood sexual abuse, but Amazon does not vet Indie books and they are not likely to start doing so.