(Webmaster’s note: previously, Donny [author] and friends Rupe and Tommy pulled off a rather ballsy heist of returnable-for-cash soda/pop bottles from a gang of bikers. After waiting for the heat to subside, the kids are now on their way to Kroger’s to cash in on their spoils. Donny’s little dog, the ever-faithful Benji, accompanies the merry band of juvenile thieves. A review of Betty's Child: a memoir [available on Amazon] follows the excerpt.)

Betty’s Child: a memoir (available on Amazon) is copyright © 2013 by Donald R. Dempsey. All rights reserved. No part of this post may be reproduced or transmitted in any form or by any means, electronic or mechanical, including photocopying, recording, or any information storage and retrieval system without the prior written permission of the author and publisher.

This excerpt has been posted with the permission of the author and his publisher.

Review of Betty’s Child: a memoir

I just finished reading this book, and I’m speechless in the face of this terrific writer. Donald Dempsey opens an artery and spills his childhood trauma onto the page. It is a delicate dance between detail and emotion when one writes a memoir about childhood abuse, and Dempsey dances like a pro.
While Dempsey offers some graphic detail, it is accompanied by the emotion felt by 12-year-old Donny—no gratuitous BS. Every detail is absolutely necessary for the progression of his life during this time.
Readers will be shocked by Betty (the author’s mother) and her atrocious behavior, and, yet, there seems to be a part of Donny/Donald who loved and still loves her. At best, his mother was a neglectful parent, at worst an abusive mother who invited abusive men into her life, and, yet, the author offers glimpses of her humanity.
Never have I read such a wonderful characterization of an animal (the author’s dog Benji) in which the animal was not the main focus of the book (like in Marley & Me). Dempsey also creates rich characterizations of his brothers Terry and Chip (who were only six and three at the time).
Never have I experienced such seesaw emotions when reading a memoir: horror, laughter, and sadness.
This book may not be for everyone; if one is seeking a fast, action packed narrative, this isn’t it. It’s long (438 pages), with lots of interior pain and emotion.
This book DESERVES to be a best seller, and I have a feeling that the literary community will be hearing from Donny/Donald Dempsey again.

I don't often embed viral videos, but I just love this one so much.
I wish I had a poem in me to respond to this amazing video,
but I'm just dried up in the poetry department.
If a reader has poem to share about this video,
please email it to me, and I'll consider posting it here.
Posted by Jennifer at 11:57 PM No comments: Links to this post 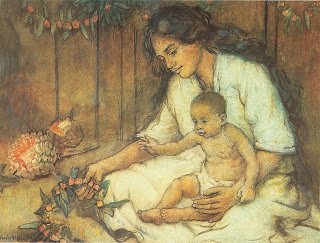 
Now the bright morning-star, Day’s harbinger,
Comes dancing from the East, and leads with her
The flowery May, who from her green lap throws
The yellow cowslip and the pale primrose.
Hail, bounteous May, that dost inspire
Mirth, and youth, and warm desire!
Woods and groves are of thy dressing;
Hill and dale doth boast thy blessing.
Thus we salute thee with our early song,
And welcome thee, and wish thee long.
_____________________________