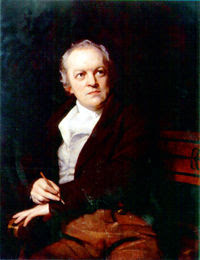 And did those feet in ancient time
Walk upon England's mountains green?
And was the holy Lamb of God
On England's pleasant pastures seen?

And did the Countenance Divine
Shine forth upon our clouded hills?
And was Jerusalem builded here
Among these dark Satanic mills? 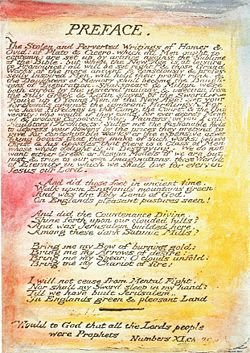 Originally titled "And did those feet in ancient time," this William Blake poem is from the preface to his epic Milton: a Poem (1804). Today it is best known as the hymn "Jerusalem," with music written by C. Hubert H. Parry in 1916.

This hymn is often referred to as England's unofficial second national anthem.
Posted by Jennifer at 10:31 PM