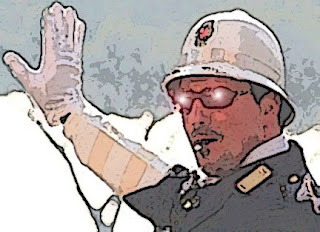 ...Someone trolls the forums looking for posts that do not align with their political, religious, or moral values. When they find a post that they do not agree with, they post messages in that post to incite people to bring attention to that post to get it locked or deleted.

This phenomenon is widespread in forums and motives can vary, but what they accomplish is to stifle freedom of speech and open and honest discussions on topics they feel could be a threat.

--From Wikipedia
Poets.net allows and even encourages differing viewpoints.
Posted by Bugzita at 10:14 PM