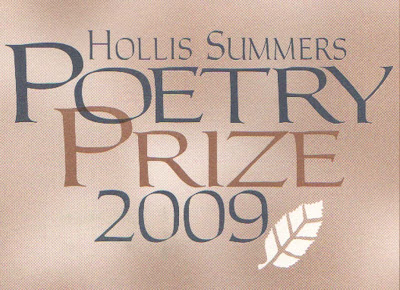 Announcements for this round of contests are beginning to fill my snail mail mailbox, and yesterday brought a call for manuscripts for the 2009 Hollis Summers Poetry Prize.

However, their statement on judging should be cause for concern (the bold font has been added for emphasis):

Based on that policy, I would not recommend this contest (See Ideal Guideline #1).

If the final judge is kept a secret, how can an entrant know whether or not he/she knows the judge?

What if it turns out the entrant has won and he/she turns out to be a student or even relative of the judge? Will the prize still be awarded to that person?

Potential entrants might do well to ask these questions before submitting to the Hollis Summers contest. Their website does not offer much more in the way of guidelines, so you might try their contact page.
Posted by Jennifer at 1:45 PM