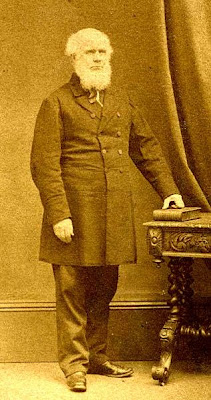 The wind one morning sprang up from sleep,
Saying, “Now for a frolic! now for a leap!
Now for a madcap, galloping chase!
I’ll make a commotion in every place!”
So it swept with a bustle right through a great town,
Creaking the signs, and scattering down
The shutters, and whisking, with merciless squalls,
Old women’s bonnets and gingerbread stalls.
There never was heard a much lustier shout
As the apples and oranges tumbled about;
And urchins, that stand with their thievish eyes
Forever on watch, ran off each with a prize. 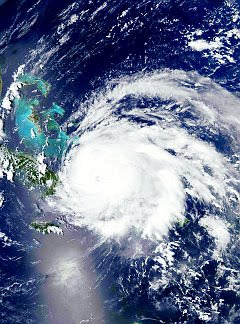 Then away to the fields it went blustering and humming,
And the cattle all wondered whatever was coming.
It plucked by their tails the grave matronly cows,
And tossed the colts’ manes all about their brows,
Till offended at such a familiar salute,
They all turned their backs and stood silently mute.

So on it went, capering and playing its pranks;
Whistling with reeds on the broad river banks;
Puffing the birds, as they sat on a spray,
Or the travelers grave on the king’s highway.
It was not too nice to bustle the bags
Of the beggar, and flutter his dirty rags.
’Twas so bold that it feared not to play its joke
With the doctor’s wig, and the gentleman’s cloak.
Through the forest it roared, and cried gayly, “Now,
You sturdy old oaks, I’ll make you bow!”
And it made them bow without more ado,
Or it cracked their great branches through and through.

Then it rushed like a monster o’er cottage and farm,
Striking their inmates with sudden alarm;
And they ran out like bees in a midsummer swarm.
There were dames with kerchiefs tied over their caps,
To see if their poultry were free from mishaps.
The turkeys they gobbled, the geese screamed aloud,
And the hens crept to roost in a terrified crowd;
There was rearing of ladders, and logs laying on,
Where the thatch from the roof threatened soon to be gone.
But the wind had passed on, and had met in a lane
With a schoolboy, who panted and struggled in vain,
For it tossed him, and twirled him, then passed, and he stood
With his hat in a pool and his shoe in the mud.

For all our friends who have faced the ire of Hurricane Ike: be well. 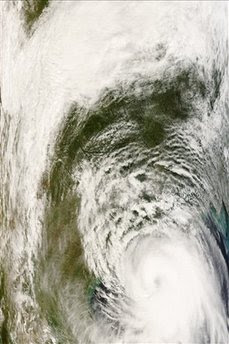