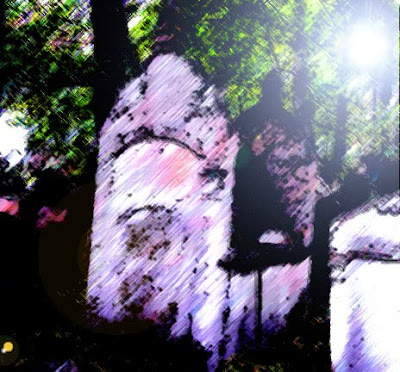 I remember my long walk to the village cemetery even though it happened ten years ago when I was twelve.

My entire skin was itching, starting from my elbows and spreading through my palms into every finger, for I had unknowingly touched poison ivy while making my flower bouquet.

There it was, the cemetery before me and I on the foothill of what then seemed a mountain, a barren hill where the graves spread like squares. The hill was catching the sunset and up upon that silent hill, there I was standing with my burning hand holding the bunch of flowers.

Up the hill was yellow and down was grey, but somehow they seemed akin.

The graves lacked proportion, I thought, thinking how scattered they must have looked once seen from above. Scattered squares of cement tombs all grey, all the same, not a single one different.

I’ve got up to the very first grave and I looked for a name, but the grave must have been too old for I was unable to make out its name. The grave was split in half, filled with small cracks intersecting its surface like a wrinkled face of an old woman. Then I thought nothing is forever, not even death. This piece of cement has sustained death. 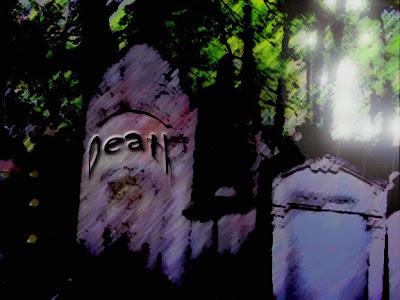 First, you waste the flesh and then the bones crumble and crumble into a powdery mixture of bone dust, as the very last bit of yourself gets sucked into the beneath of the beneath…Then how many ‘beneaths’ are there in the total of six feet under, layer after layer of soil?

I remember watching them and picturing the underground, contemplating what was behind those sealed doors.

Death is as much part of life as life is part of death just creeping on the other side of the door.

Dare I say the name?

As I stood there at the wider end and they on the other, my shadow fell on the square, molding a human shape out of the cement block. 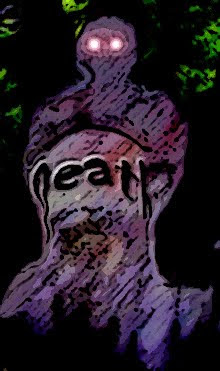 The shadow twitched, for my body trembled.

Then from one of the cracks of the square a little greenish head protruded. Dark skin enveloped the head of the creature, it appeared wrinkled and unexposed to light creeping from the dwellings of the un-living. The head was out but much of the body was still in, for the only thing I could see was the furrowed skin and the listless eyes that were looking at mine.

Soon the head shook in an attempt to rise to the surface, pushing its whole body upwards; it was escaping the barren black womb…Another coming, a newborn from the body of a dead mother.

Was it a living dead…?

No, it was just a small turtle making its way up, above ground. 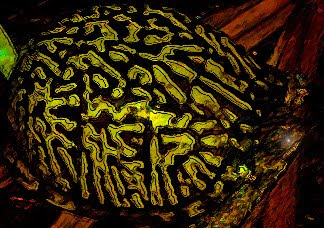 Now as I look and remember pensively at this spot of friendship, I recall the lines of the song "Pet Sematary," by The Ramones:

The turtle must have come from middle earth, for it has blurred the boundaries between being in a pet cemetery and living off the cemeteries like a cemetery pet.

It started to rain and I never reached my grandmother’s grave, it was there with all the others, so I ran…I ran back.

When I arrived at the house, I remembered that I had left the flowers on someone else’s grave. 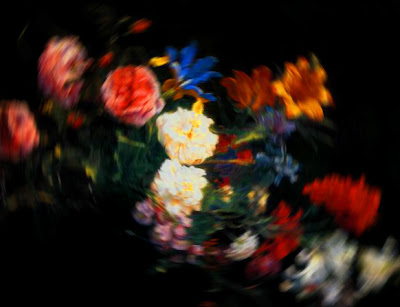 Death had unnamed them.

Vera Sotirovska graduated (2010) from Ss Cyril and Methodius university in Skopje, Macedonia, where she majored in Pedagogy.

"Cemetery Pet" is copyright 2010 by Vera Sotirovska and may not be republished or reposted without permission of the author.