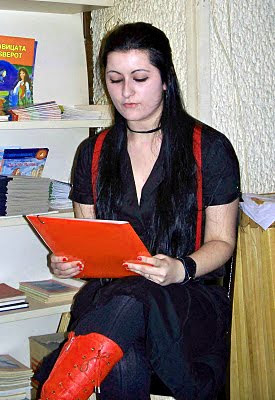 Words have reigned my world since birth. I was the only two-year-old who could speak all the letters of the alphabet faultlessly, and thus I became the kid in my street who was being sent constantly to the supermarket, as I was the only one who could pronounce the “r” in “Partner,” the popular cigarette brand back then. And while all other children sang and danced in front of a video camera, I used to stand still, serious, and I would solemnly recite something or make a strangely odd speech for my age. And while all mothers told bedtime stories to their children, I went on and on for hours following my mother through the house, inventing fairy tales as I spoke and she was my half-interested audience. At night, my little sister was the rude audience who would fall sleep in the middle of the story, but I kept talking on and on, although I knew she was asleep. And who could blame her when my stories were endless and I talked until there was no strength left in my voice to continue? But, let me now continue from sound to sign.

When I was five, a teacher started giving us classes and, of course, as in every primer in the country, we started with the letters M and A, so that we could form the most essential word in our childhood: “MAMA.” I came home greatly disappointed stating that knowing just two letters won’t help me read. By 10:00 p.m. that same night I went to my mom and read her a passage from my primer. She grabbed it from my hands in disbelief. Then she gave me a newspaper and asked me to read out loud for her. I did. Without a mistake. I don’t remember much of this, but she says she marvels at it until this day. I can only guess that my animalistic hunger for letters and language manifested as an instinct of ferociousness and I as a small word-thirsty beast.

So, when I managed to devour this wonderful alphabet, for years I led a life of reading books under my desk while in class, reading half of the book on my way back from the library and randomly bumping into people, trees and lampposts, reading until my parents had to come in and forcefully tear the book from my hands, rhyming and coming up with a poem while tying my shoelaces and then forgetting to go to school, and rhyming in my thoughts and walking past the school, forgetting to go inside and then bashfully turning around and coming back to it. The only difference today is that I bump considerably less into lampposts.

You would be wrong to think that one language was enough to quench my insatiable language thirst. I read fairy tales in Serbian at only seven, holding books larger and heavier than me and hunting for the words I didn’t understand by bothering each of my parents. Then I started rambling through the English language at eight, without knowledge of the Latin alphabet, and managed to learn something after all. After learning the alphabet I managed to learn so much of the language that I was the most hated pupil in history: English teachers had nothing to teach me and they hated my guts.

Then came eight years of French. Oh, let me tell you about French. Of how I still enjoy forming French gerunds more than eating honey and how “en sachant” (1) holds more sweetness for me, than the ragged, ravaged and overused “je t’aime.” Because I love knowledge more than love itself, because I love the sound. And then how I translated texts in class ad hoc, and when asked how did I know the words I answered: “I don’t. I feel this should be translated like this” and looked calmly at the professor’s perplexed expression, because the translation was invariably strangely correct.

In high school, I started digging through the relics of Latin and there was my mysterious translation theory again, I didn’t look up words, I FELT them. So, my professor pushed me and pushed me until I agreed to go to a national competition in Latin and went on to become that year’s national winner. I remember every echo of every step I stepped on, slowly and bewildered, as if sleepwalking, to receive the award. And there were many steps indeed, for

I was sitting at the back of the amphitheatre, not hoping for anything at all. Every day I step into A3 at the “Blaže Koneski” Faculty of Philology; I remember the sound of those steps and the silence they pierced. I never knew it would be there that I would take the most important exams in my life for years to come, and that there my steps will echo again in the silence, while first year students scribble their answers, frightened. Eventually, a dead language wasn’t the death to my longing for languages.

At this point, it would be appropriate to bring up my one and unhappy love. German. Oh, let me tell you now, how hot, salty and bitter were my tears, how ashamed I was for being unable to hold them although I was supposed to be this grown up, independent student of English language beginning her life alone in Skopje, this big ugly capital. I shed these tears in front of the German language library after hunting for the professors for a month and eventually being told that I was not allowed to take up German as my minor due to a lack of basic knowledge of the language. “Darf ich (2),” I muttered, and “ich, du, er, sie, es, wir…” time after time, bent over the computer screen, trying to learn the language on my own. Every time they said “jetz gleich” on the German television, I would chime happily to my sister that that meant “coming now” and “see, I am beginning to understand,” but it was the hope of an infatuated fool, I have realized by now. However, compulsive eaters eat whatever they find in the fridge, so in the same fashion I took up Italian--previous knowledge: not required.

I studied two years of Italian, putting minimum effort in it and basically building on to the remnants of my Latin.

Language and love must not be separated. They share the same beginning letter.

And for me, Italian shared the same first letter with “indifference.” It is like trying to get over someone you love by randomly going out with the first boy you meet. It never works.

After easily completing two years of Italian with maximum grades and obtaining first level of proficiency, I naturally stopped there and focused on the first language I chose to love and cherish, the language I chose to study at the University and make it my companion for lifetime: English. Having read this far (and hopefully still awake, unlike my sister) you can assume how much I enjoy this language, its words, its sounds. I engaged myself in mastering to say “what” with a glottal stop, Cockney accent. Then repeated “love” numerous times to grasp that particular pronunciation with which the Liverpool waiters finished their questions (“Anything I can do for you, love?”). And much more. I think in English! And yet, for an insatiable beast like me, even the thousands pages of the Oxford English Dictionary are just a meal and too much is never enough. 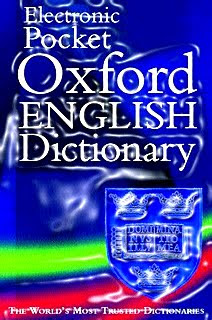 Next thing I know I was frantically learning to write “kokeshi” (the Japanese word for “a doll”) and I went on to lament the almost nonexistent use of “ai shi teru (3),” picturing the phrase enslaved between the thick covers of a dictionary. This project failed, or shall I rather say it is postponed, since I never give up on a language I find a reason to love.

The reasons to love a language are many and varied. Sometimes it is just the language itself, the country and its language or you love a person and instantly fall in love with their tongue. My interest for Finnish became with the love for the country, but my love, my lust, my longing for it was crowned by the love for a person. The way his lips produced this sweetness is now a matter of blind worship to me. The hunt for Macedonian and Finnish words with the same roots is my obsession.

And I have vowed to my language thirst and my letter hunger that I will learn all of these for as long as I live. And I have vowed to my heart and my tongue that my very first language, my lovely lovely Macedonian, will never suffer because of that, because I can love beyond common sense and normal proportions. And I am still keeping those vows as I dig up words like “чемер (4)” and “скрб (5)” and nourish them and breathe them life. And I will carve the ancient alphabet glagolitza on my skin and carve all other languages in my brain. They are all now carved deep into my heart.

Oh, why have you let me tell tales of translations and texts? And speak of languages and letters, words and woe? As if years ago, people are dazed and blank, others have fallen asleep halfway and I go on, sleepless, exhausted, insane.

In fact, I should have just read you a poem:

Flowing like honey,
Melting as chocolate.
Slowly and sweetly.
Sometimes chaotic,
sometimes folded neatly.
Hard and sharp,
rising like fjords.
Wild mountains,
mellow meadows,
Words.
In all colours and blackness.
Sounds.
I am a master
and a servant, both.
To you.
You sweetest, cruelest,
my drug and truth.
My fiction.
Music, wind, friction.
This heart and lips
can love beyond common sense,
beyond safe prescribed quantities.
I nibble you delightfully,
my foreign god,
My language.

3. (Japanese) translation: I love you.

"Loving Lethal" is copyright 2010, by Zorica Petkoska, and may not be reposted or republished with the author's permission.