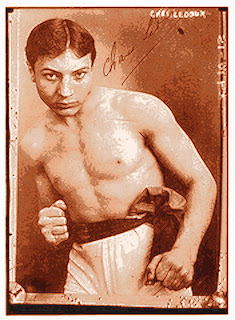 Has anybody noticed it, but temperatures are rising in the PoBiz. There’s even a controversy raging over at Poets.org, of all places--about Prosody! Indeed, the ivy on the walls of the Academy of American Poets is quivering, and some say bits of plaster are beginning to flake from the ceilings and the doors won’t stay shut.

The question is, are the Rules of Metrical Analysis as laid out by the Schoolmasters and Prefects at The Academy’s own Poets.org Forum going to be mandated as the sine qua non for Aspiring Writers to find Success in poetry today in America? Is that the Certificate every poet is going to need?

Well, there are two camps engaged in the dispute, the AAP 'Academicians' on the one hand, strict, self-righteous and undistracted by humor, and a small group of unwashed 'Irridescent Harlequins' led by the critic, Tom West--who also appears from time to time, you might have noticed, on this site.

The argument is about the role of Prosody today in the definition and evaluation of poetry. The AAP Academicians, whose livelihoods, needless to say, depend on teaching the stuff, want everybody to promise to agree that unless you know the AAP On-line Rules of Prosody, and apply them correctly, of course, any poem you write or critical pronouncement you make will be invalid--no "anacrusis" no line, no line no poetry, no poetry no poet, no poet no prize, no prize no job--as simple as that.

So that’s who the AAP Magister Ludis are, who are the Iridescent Harlequins? They’re essentially critical carpet baggers, which is certainly how they appear on the site, and they feel like most tent-show magicians that every trick in the critical bag is valid as long as it works. More than that, and much more threatening to the Magister Ludis, needless to say, the Harlequins feel that obsessively clinging to just one tool at a time is boring, that it's aesthetically extremely limited and wrong, and that it leads to cruelty, dictatorship, and bad poetry.

Needless to say, the Iridescent Harlequins are a scarcely tolerated intervention on a Forum based specifically on tool-control, and in the past weeks two close friends have been quietly banned from the discussion on the grounds they were someone called Christopher Woodman, based on his style, not his IP. Oh, and do take note that the thread on which all this is transpiring is called "On Aspiring Writers Becoming Successful Writers," a TomWest formulation, of course, but started by 'ACommoner'—another Harlequin who along with his wife, a doctor of traditional medicine, take note, has already been stripped of his AAP gown.

Got it, then? You’re the AAP, so you make the tools essential to poetry, for reading it as well as for writing it, and you make it clear you actually own those tools. You've got them and you've patented them, and the Laws of Po-Land decree that without them no one can get certified as an SP (Successful Poet). Like lawyers, a whole gaggle of AAP Para-Critics control access to the Laws of Poetry by making them so complicated and abstruse, and expressed in foreign languages too, of course, that you have to get down on your knees before those same Para-Critics if you want them to pay attention to you, or to assure your security inside and outside the site, or to intimidate other uninitiated poets as you gradually work your way over their heads and all the way on up to the top of the field.

So that’s the Big Fight in progress over at Poets.org--you might want to peak in and gawk at it. Here at Poets.net we've got a circus as well, I mean, we've got the World Championship in Poem Criticism, ATHENA v. DLUX!--which cuts all the Gordian critical knots of control in one sweet, two-handed swoosh. Don’t miss this beautiful exchange, such a powerful example of Can There Be Poem Criticism without PoBiz Criticism, as it’s billed--which is, in case you hadn’t noticed it, the title of Matt Koeske’s essay that opens the eponymous thread. Indeed, this is the sort of criticism we model on Poets.net as an alternative to the School-room Capitalist Criticism at Poets.org--"School-room Capitalist Criticism" because it functions like a modern Law School (Medieval Guild?) which owns the subject and then sells it to the highest bidder, so to speak--and then inducts that highest-bidder in turn into the Cartel that controls the Racket!

There have been a number of brilliant moments in the Non-Prize Fight on this thread, culminating in Athena's extraordinary evocation of a cracked recording of Edna St Vincent Millay reading her poetry as an example of..... well, we’re not quite sure of what, not being in the habit of defining other people’s feelings either, but certainly of something pretty "universal!" DLUX hotly proclaims it's "Performance Poetry" but Athena equally passionately proclaims "Performance Poetry doesn't exist." And what is so revolutionary about this irreconcilable amour is that it gives us an insight into the very heart of the critical process of activating a poem in such a way that it's no longer just a commodity, that a poem actually IS something and MEANS something of great value--which in poetry today is extremely rare.

Yes, these two very fine Royals, one semi-human (ATHENA) and the other semi-divine (DLUX), have played out for us the finest performance of "Poem Criticism" we’ve yet seen on any poetry site!